Red Shed Brewery will hold their second annual Oktoberfest celebration on September 27, 28 and 29 at the taproom in Cooperstown. Along with their traditional Oktoberfest lager, making its debut in the two Red Shed Brewery taprooms in early September, the weekend-long event will feature German food, music and games.

Guests are encouraged to wear lederhosen or dirndl dresses to the Munich-inspired celebration. A German menu featuring plates like Kasespatzle made with housemade cheese sauce, Bratwurst and chicken sandwiches, Bavarian roasted nuts and Red Shed’s famous jumbo Bavarian pretzel with housemade IPA mustard and Otsego Golden Ale Beer cheese will be available for purchase. German music will be provided by a DJ spinning Bavarian tunes and Oktoberfest favorites.

6:00 p.m. Oktoberfest officially kicks off at the Red Shed Brewery Cooperstown Taproom with the Brewmaster’s Oktoberfest bier celebration. .5L and 1L steins will be available all weekend, that entitle guests to special beer pricing. Guests can enjoy their beer in the company of brewers Josh and Wyatt, who can speak to German beer styles, the process for brewing them and especially Oktoberfest beers.

3:00 p.m. Masskrugstemmen stein holding competitions take place, with a women’s and men’s division. A Bavarian feat of strength and endurance where contestants hold a one-liter stein of bier (which weighs about 5 pounds) out in front of them at shoulder level for as long as they can. No beer can be spilled, no elbows can be bent, and extended arms must be kept parallel to the ground. The winner is the person who can keep their stein aloft the longest. The winner of each division will be awarded a prize.

1:00 p.m. Keg tossing competition with a men’s and women’s division. This feat of strength involves throwing an empty half-keg, the person who throws the keg the farthest, wins.

3:00 p.m. Dachshund Derby & Pup Fest. Walter the dachshund hosts this event, wearing his lederhosen, of course. All dogs are welcome and encouraged to compete in the derby, and show off their costumes.

Admission is free for all the events of the weekend. Guests of all ages can enjoy the festivities. 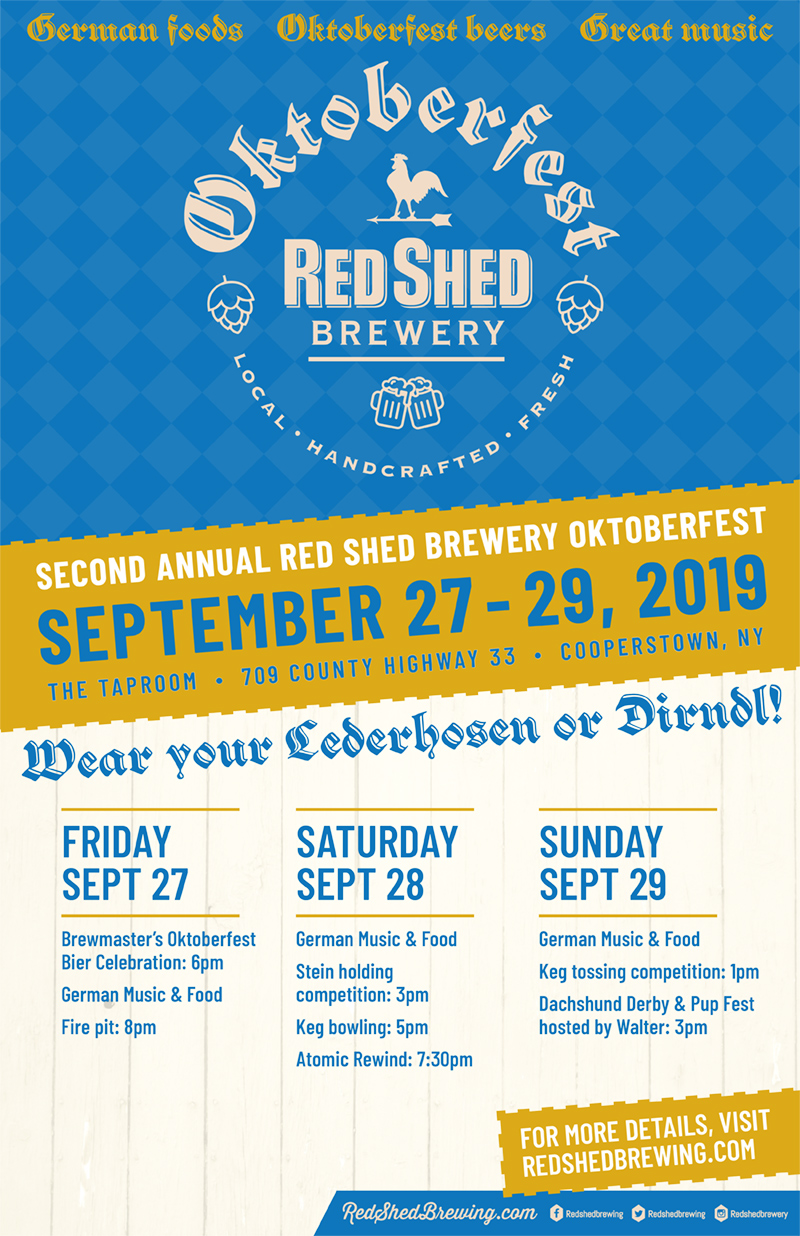